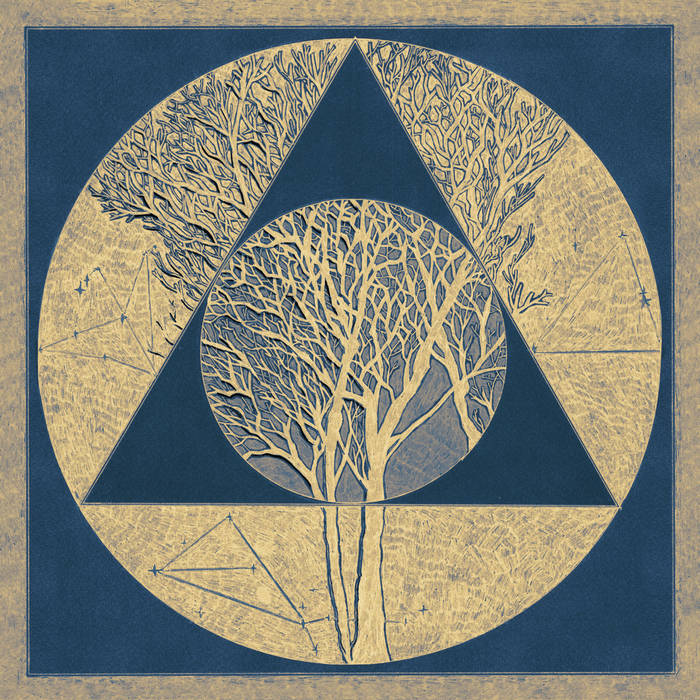 Long-time Vulpiano Records artist Zapa is back again with new release Triangle, his most incredible album to date. With beautiful folk melodies, ghostly whispers, poetry, and deep longing, Triangle is a refined coalescence of everything Zapa has been working towards over the years.

…and then i discovered its eyes, its face. inexpressive features, with no other trait save the eyes, two orifices, like brooches, wholly of transparent gold, lacking any life but looking, letting themselves be penetrated by my look, which seemed to travel past the golden level and lose itself in a diaphanous interior mystery. a very slender black halo ringed the eye and etched it onto the pink flesh, onto the rosy stone of the head, vaguely triangular, but with curved and triangular sides which gave it a total likeness to a statuette corroded by time. the mouth was masked by the triangular plane of the face, its considerable size would be guessed only in profile; in front a delicate crevice barely slit the lifeless stone. (…) it's that we don't enjoy moving a lot, and the tank is so cramped—we barely move in any direction and we're hitting one of the others with our tail or our head—difficulties arise, fights, tiredness. the time feels like it's less if we stay quietly. julio cortazar, ‘axolotl’

i peer out, looking for something a triangle of light carves that electrified section of lawn into a fleeting state of spectral wakening a momentary transfiguration a captured stillness that reverberates with the startled embarrassment of exposure in the darkness a puncturing an intrusion a petrifying incursion, shot through with the uninvited blare of my ruinously invasive gaze. harry t. atkins.

special thanks to harry atkins, who reads a passage from julio cortázar’s ‘axolotl’ on “backyard” and his own writing on “sing no more”